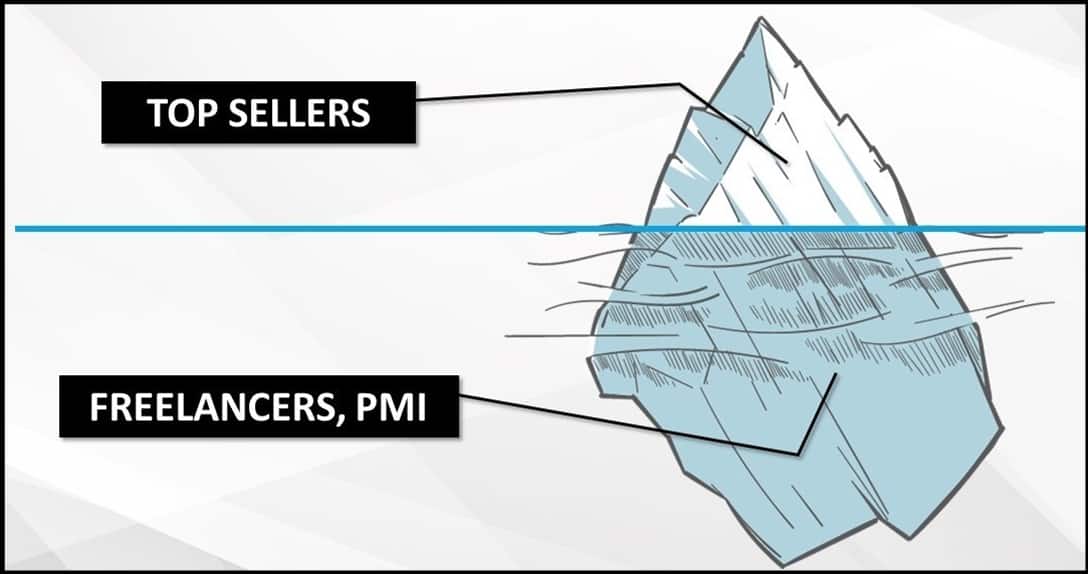 The Italian e-learning sector is characterized by a feature – that now actually is spreading to other sectors – that it can be well represented by the image of an iceberg.

Imagine an iceberg of which we see only the tip until the sea level: the peak is represented by top players’ demand, those who through their brand, their organizational skills, their available funds can invest in advertising and they have built an image of reliability in the field.

Below the sea level is 90% of the iceberg, which in our case is formed by a myriad of small companies and freelance professionals, which very often they are recruited by those top players to carry out the projects.

This vast network of professionals actually work and support in silence and without any visibility to the success of top players, because there is no growth opportunities, given the lack of access to customers of high value – to establish itself on the market, and also due to the necessary confidentiality which they must grant the committent, by which their work will never be known directly by end users.

It’s a profoundly unjust situation, but they are the rules of the market!

At first glance we could implement a solution to this state of affairs: the wide availability of isolated professionals, if they are intelligently organized and if acting almost as an autonomous entity, the may take advantage of being perceived as a real organization in itself, as if they were a company and therefore, strong know-how distributed.

They might pose to the new conditions top players in the market, demanding professional recognition and higher prices, gaining more bargaining power due to the alliance between several freelance.

It ‘a possible perspective, but that requires great humility and vision, but often in front of a reality of small islands is really difficult to create a coalition, although it is an opportunity that we should consider as soon as possible.

A second solution, waiting to realize the first, would be to locate a statute describing the category of e-learning professionals, which would have a moral value (but certainly not legal): anyone who adhered to this manifesto would commit itself to fulfill some ethical actions against his category, avoiding the price war, claiming some collateral from clients, working according to some standards, with the moral obligation to give up those jobs that do not they are in accordance with the dictates of the same statute.

In this way the professional category of e-learning specialists could grow and strengthen the market.

What do you think about? 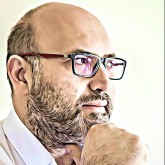 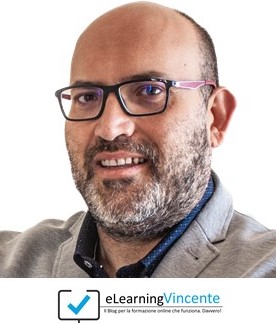 I've been involved in eLearning since 2004. In this blog I share reflections, news, technical analysis related to the world of online training and I offer specific training for professionals and companies that want to grow and be more competitive in the e-learning market. I can design and develop online SCORM-compatible courses for your company and configure your e-learning platform on which to place courses. I use a network of collaborators distributed throughout Italy to offer you the best service, designed to your needs. For more information, go to the website of my activity: www.formediaconsulting.it

Formedia Consulting is my company with which I develop tailor-made e-learning courses and provide consulting and training services on the production of digital educational content.

GIVE ME A SUGGESTION

This site is protected by wp-copyrightpro.com